“A senior dog? I don’t know about that.” This was exactly my thoughts a few months ago when the thought crossed my mind about adopting a senior dog.

Don’t get me wrong…..I love all dogs, but after losing my senior pug Bubba only a few weeks prior, my heart was still very broken, and a big part of me felt like I was too fragile to possibly endure another dog loss so soon. My mind was also set on adding a French Bulldog puppy to the clan mid summer.

Two weeks ago I woke up in a wretched mood, and I texted my friend Brandee to see if she wanted to meet me at a local pet rescue. She liked to visit the cats, and I figured petting some dogs would cheer me up. I knew there was a senior Boston Terrier there based on me stalking there website, so I made the decision to meet him. In my mind, I was going to pet some dogs, hit up Starbucks on the way home, and return home in a better mood. I did not intend on connecting with a dog and beginning the adoption process.

Initially I was interested in two chihuahuas that were bonded, but I quickly realized they were not only yippy, but mean. As I tried to befriend them, an employee had walked out with the Boston Terrier. His name was Spike, and he was ten years old with really no back story. All we knew was that he had been brought to the shelter from Animal Control. I spent some time petting him, got some info on what to do if I wanted to move forward, and left. I needed to think on this.

Yes, he was a senior dog. He was emaciated, his spine had an odd shape, the shelter thought he had vision impairment, and it was uncertain if he had hearing issues. I had many concerns about him, but mostly if I would be able to give him the proper care. Bubba had lost his vision during the last year of his life, but he had also lost mobility….Spike was still very active, and I worried about how he would move around the house safely.

As the days passed, all I could think about Spike. My heart honestly hurt thinking about how sad he looked being at that shelter. Four days after we first met him I returned to the shelter so Icould walk Spike and spend a little more time with him. That moment I saw him I knew it was meant to be. We arranged a meet and greet with Luigi and Murphy a few days later, and luckily, they loved him. The paperwork was signed, and Spike was joining the crew.

Spike came home on Mother’s Day, and in the short time he has been with us he has made it clear he belongs here. It’s a little challenging getting set in a new routine because we had such a set one already, but we are adapting. Each day Spike’s personality comes out a little more, and you can see how much he loves the attention and plush dog beds around the house. 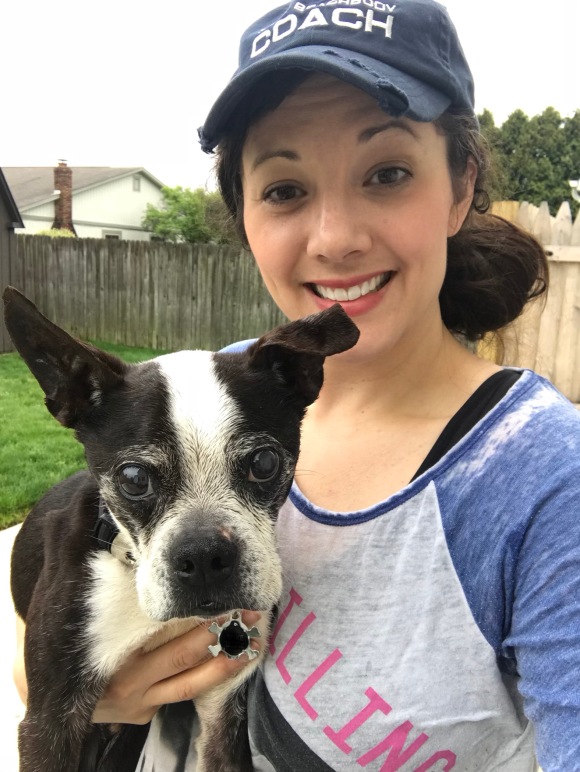 The day we brought Spike home!

I have moments where I want to smack myself for almost talking myself out of getting a senior dog. Now that he is here, I can’t imagine life without him. One thing I keep thinking about is something one of the rescue workers said to me as I was waiting for another employee to bring out Spike the day we went to get him. I must’ve looked confused or lost because he asked me if he could help me with something. When I told them I was there to adopt a dog and was waiting for him to come out, he asked which one. After I told him it was Spike, he looked incredibly happy and said “We didn’t think anyone would ever adopt him.” My heart broke and exploded with happiness at the same time.

Shelters are full of senior animals needing a loving home….they tend to be the majority of what is there! While the thought of a little puppy is appealing, I encourage you to consider bringing a senior dog. Just knowing you are giving a dog the best life you possibly can is such a good feeling. I have no idea what kind of life Spike had before he found his way to One of a Kind Pets,  the rescue where we adopted him from. What I do know is that he has the sweetest temperament, loves sweet potatoes and hugs, and looks like he is smiling when he sleeps in the gray velvet bed I bought just for him. I can’t change how his life was his first ten years, but you better believe I’m going to make every year he has left the best I possibly can.

If you are local, make sure you check out One of a Kind. I’ve mentioned them before…..they host Pug Fest every year! If you aren’t, I encourage you to find the shelters near your home and give them a chance when looking to add to your fur family.

The funny thing about rescuing a dog…..they steal a line from Pretty Woman and they rescue you right back. 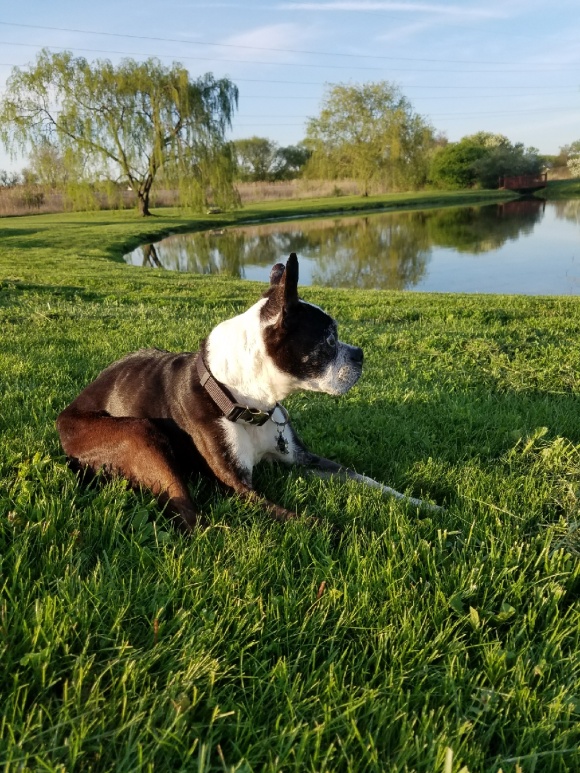 Welcome to the family, Spike!